For the first time ever, a study compares pretrial release outcomes by money bond type, controlling for the statistical risk level of defendants released pretrial.

Pretrial Justice Institute compared unsecured bonds (no money upfront, but a promise to pay the full amount if one fails to appear) with secured bonds (whether cash or surety, one must pay upfront in order to be released) in 1,919 cases in Colorado.

The University of Louisville Law Review  has released a series of six articles commemorating the 50th anniversary of the landmark Gideon v. Wainwright decision.  These pieces were written in connection with this summer's program at the Kentucky Bar Association's Annual Convention, “The Gideon Decision: Constitutional Mandate or Empty Promise? Does the 50th Anniversary  of the U.S. Supreme Court Decision Deserve a Celebration?”

Gideon v. Wainwright and the Lack of Commitment to Justice by Judges, Legislatures, Executives and the Bar
Stephen B. Bright
52 U. Louisville L. Rev. Online 7 - 21 (2013).

Email ThisBlogThis!Share to TwitterShare to FacebookShare to Pinterest
Labels: Gideon 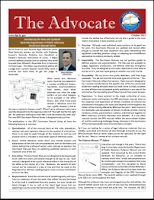 The trial court erred in attempting to retain jurisdiction until Mr. Melton was released from incarceration in order to determine whether to impose court costs and partial public defender fees. The Kentucky Supreme Court held there is no statutory basis for a court to exercise jurisdiction beyond the end of proceedings (i.e., final sentencing) in order to determine the appropriateness of imposing court costs and a partial public defender fee. Robert Yang represented Mr. Melton on appeal.

Contributed by Karen Maurer
at 7:36 AM

From the Official Blog of the Kentucky Chamber of Commerce 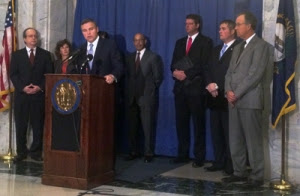