The Court remanded the case to the circuit court with directions to enter an order that conforms with the sentencing length restriction in KRS 532.110, as provided in KRS 532.080.  The Circuit Court had run sentences consecutively for cases emanating from two different counties in the judicial circuit for a contemporaneous crime spree.

At the entry of the first 16 year judgment on four class D convictions, the Circuit Court was silent as to how the sentences from the other county would run.  Two weeks later, in the second county, a total sentence of 16 years was ordered to run consecutive to the 16 years from the other county, for a total of 32 years.

The Court held such violative of KRS 532.110’s proscription of sentences that would exceed the longest available sentence for one convicted of that class of crime and being a PFO (KRS 532.080).  The Court relied upon the Kentucky Supreme Court’s Opinion in Goldsmith v. Commonwealth, 363 S.W.3d 330 (Ky. 2012), emanating from the same judicial circuit.

Linda Horsman of the Appeals Branch represented Mr. Throgmorton on appeal, and was assisted by Molly Mattingly, as then-motions attorney, in getting belated appeal granted after the Circuit Court clerk misplaced one of the Notices of Appeal, and Amanda Branham of DPA Paducah, who ably preserved this issue for appeal in circuit court.
at 11:52 AM

Bounds also challenged the affidavit because there was no nexus between the suspected criminal activity and Bounds’ residence.  “The critical element in a reasonable search is not that the owner of the property is suspected of crime but that there is reasonable cause to believe that the specific ‘things’ to be searched for and seized are located on the property to which entry is sought.” Zurcher v. Stanford Daily, 436 U.S. 547, 556 (1978).  In response, the Court of Appeals found that “in the case of drug dealers evidence is likely to be found where the dealers live.”  Beckam v. Commonwealth, 284 S.W.3d 547 (Ky. App. 2009).  The Court of Appeals concluded that they discern no meaningful distinction between a person dealing drugs and a person manufacturing drugs with respect to where that person may store drugs and related drug paraphernalia and that it is reasonable to assume a person who manufactures drugs does so at his residence.

KYA - Youth Incarceration on the Decline: Kentucky Still Confining Too Many Youth for Behaviors that Aren’t a Risk to Public Safety 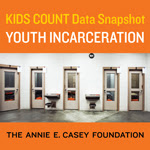 The national rate of locking up young people in trouble with the law dropped by more than 40 percent over a 15-year period, with no decreases in public safety, according to a new report released by the Annie E. Casey Foundation today.

The KIDS COUNT Data Snapshot indicates that the number of young people in correctional facilities in the United States on a single day fell to 70,792 in 2010, from a high of 107,637 in 1995. The report also shows that the overwhelming majority of confined youth in the United States are charged with offenses that do not put public safety at risk, such as running away or violating probation. In 2010, only one of every four confined youth across the nation was locked up due to a violent offense (homicide, aggravated assault, robbery or sexual assault).

While Kentucky’s downward trend shows a move toward being smarter, and not just tougher, on crime, there is still vast room for improvement. An analysis by Kentucky Youth Advocates of data from the Kentucky Department of Juvenile Justice and Louisville Metro Youth Detention Services shows that only 3.8 percent of youth that were locked up during 2007-2011 were confined for violent offenses. This means that only a very minor number of confined youth pose a threat of harm to community safety.

For behaviors such as truancy and running away, which would not be considered crimes if the youth were adults, evidence-based programs can effectively address the underlying causes of behavior. Many states have implemented “Children in Need of Services” models, which recognize that there are family dynamics involved in youth misbehavior, such as running away, and work to address what is really causing that behavior. These models are more effective than confinement for minor offenses and are also less expensive.

You can find the snapshot and data on youth in confinement in the KIDS COUNT Data Center.

Email ThisBlogThis!Share to TwitterShare to FacebookShare to Pinterest
Labels: juvenile

A year ago, addressing the American Bar Association’s National Summit on Indigent Defense, U.S. Attorney General Eric H. Holder Jr. said that across the country, “public defender offices and other indigent defense providers are underfunded and understaffed. Too often, when legal representation is available to the poor, it’s rendered less effective by insufficient resources, overwhelming caseloads and inadequate oversight.”

In short, Holder said, “the basic rights guaranteed under Gideon have yet to be fully realized.”

Daniel T. Goyette, the chief public defender for Jefferson County in Kentucky, and a member of the ABA’s Standing Committee on Legal Aid and Indigent Defendants, says that “despite some genuine efforts and notable advances, the criminal justice system and, more pointedly, the leadership of our executive, legislative and judicial branches of government—both state and federal —have largely failed to carry out the constitutional mandate of the Gideon decision.”

He adds: “Sadly, it has not been a priority, and we are constantly taking one step forward and two steps back.”

Email ThisBlogThis!Share to TwitterShare to FacebookShare to Pinterest
Labels: Gideon

Steven Buck of the Appeals Branch represented Mr. Gamble on appeal, and Michael Bass  and Steven Goble used novel motion practice to preserve the issue for appeal in circuit court.

NJDC has just released the National Juvenile Defense Standards.  The Standards represent a comprehensive understanding of the role and duties of the juvenile defender in the 21st century juvenile court system, and seek to strengthen and guide the ethical and professional performance of the juvenile defense attorney. The Standards present a national approach to systematizing zealous, competent and diligent defense practice in juvenile court and set out a framework for representation that is anchored in the law, science, and professional codes of responsibility.
Click here to request additional support or a hard copy of the Standards.